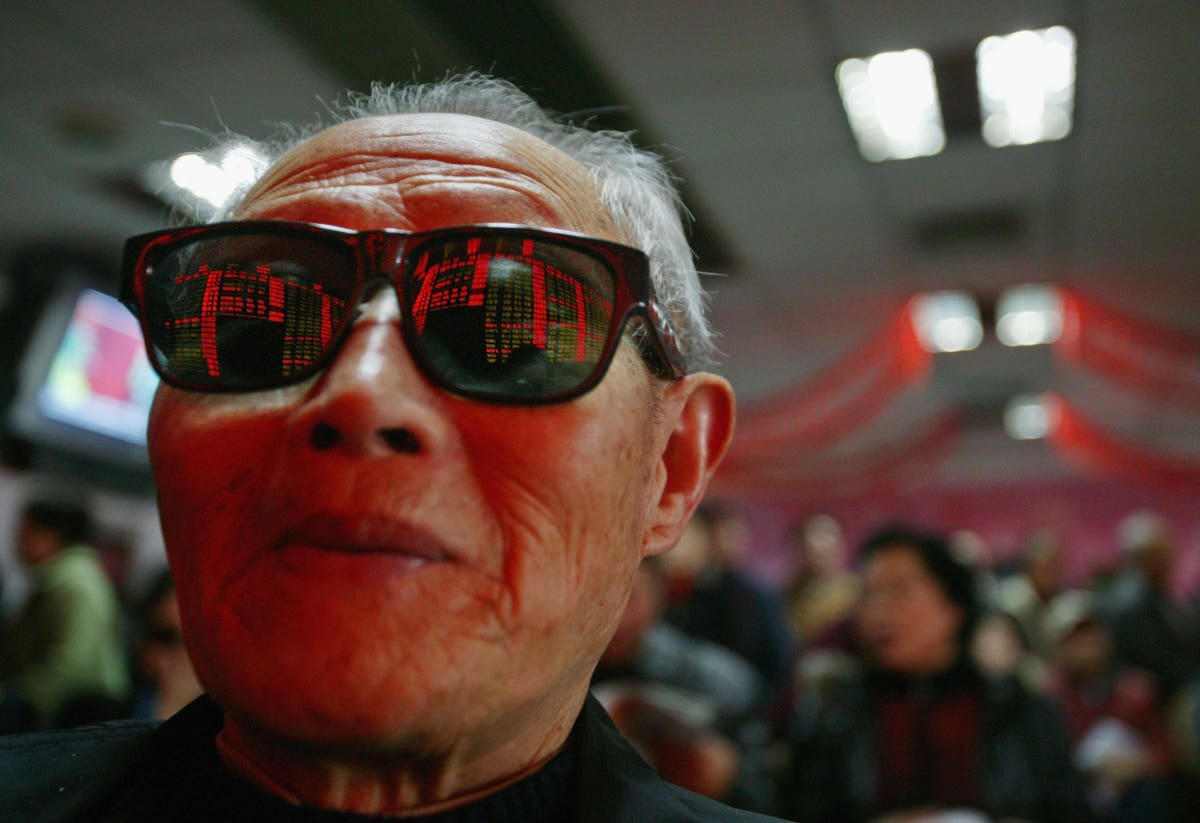 A weakening stock market will not be saved by a strong dollar this time. Yes, Europe and Japan and the UK have low returns and a lot of bleak economic prospects for now, but asset managers there are unlikely to throw money into the US stock market for much longer. There is no bottom in the short term.

What’s the sore point for the Fed here? We’re at 3659 in the S&P 500 and we think it could go to 2800, although I don’t want to be too strict,” said Vladimir Signorelli, head of Bretton Woods Research, a macro-investment-themed research firm. “Another 20% drop is definitely in the realm,” he says.

With currencies weaker in the other core economies, it is becoming more expensive for these foreign asset managers to buy dollars.

But where else do they get 4% on a one-year T-bill? Parking money in Treasurys will still be seen by them as a safe investment. But that won’t really help the stock market unless there’s a linchpin of Jerome Powell at the Fed. Stocks hate rising interest rates. The consensus in the Beltway now is that recession is the best way to fight inflation, and that’s what America gets.

“For now, it could help the Fed curb inflation by lowering the dollar prices Americans pay for imports, especially energy. But US companies will soon find that the dollar value of their foreign earnings is shrinking. Meanwhile, weak currencies are exacerbating inflation in America’s major trading partners. “If you think the energy crisis in the eurozone is bad now, see what happens if they have to import more energy with a 99 cent euro.”

The US is in better shape than Europe. But the Atlanta Fed GDP tracker has lowered its third-quarter GDP forecast to just 0.3%, compared to an earlier forecast of 2% in mid-summer. The economy is getting weaker. The strong dollar has done nothing for the US economy.

“The raging dollar is negative for global risk assets, including those in the US,” said Brian McCarthy, head of Macrolens. “It is putting enormous pressure on dollar debtors around the world, especially those in emerging markets. The Fed is on a path that will eventually lead to a credit crunch. It will take a while because we have come out of the pandemic with very high nominal growth. But the interest rate path they mapped out at Wednesday’s meeting is a surefire recipe for global financial stress,” he says. His Friday note to customers says it all: “The Coming Crash.”

Fed rate hikes are making the dollar “a wrecking ball,” said KraneShares CIO Brendan Ahern. Higher US interest rates mean that countries like Japan and those in Europe are tempted to buy US bonds, which certainly pay more than the barely 1.5% one gets in Europe. This draws money from global stocks and in Treasuries or cash.

In the past three months, emerging market investments have lost more than $10 billion in redemptions. Funds focused on Europe are much worse. They have lost nearly $40 billion. Meanwhile, US equity funds have seen inflows of $15 billion, partly due to inflows from Europe.

But how long can that take? Almost everyone on Wall Street is now betting on a recession. Last week, Vanguard gave a recession probability of over 60%.

“Stock sentiment is weak and already seems to be driving a price cut in earnings,” said Mark Haefele, CIO of UBS Global Wealth Management. “We remain invested, but we are selective. Focus on defense, income, value… and security.”

Crude oil markets are also pricing in a slower economy, down 5.5% on Friday just before the close. US automakers, Ford, GM and Tesla are all more than 4.5% lower than the expectation that soon-to-be laid-off Americans won’t be buying the Ford Lightning EV anytime soon. Even emerging markets are doing better than them. The iShare MSCI Emerging Markets () ETF is down just over 2.6%.

Meanwhile, dollar futures are up 1.6%, suggesting no end in sight to the dollar rally.

Should You Buy Linde Shares For $270?