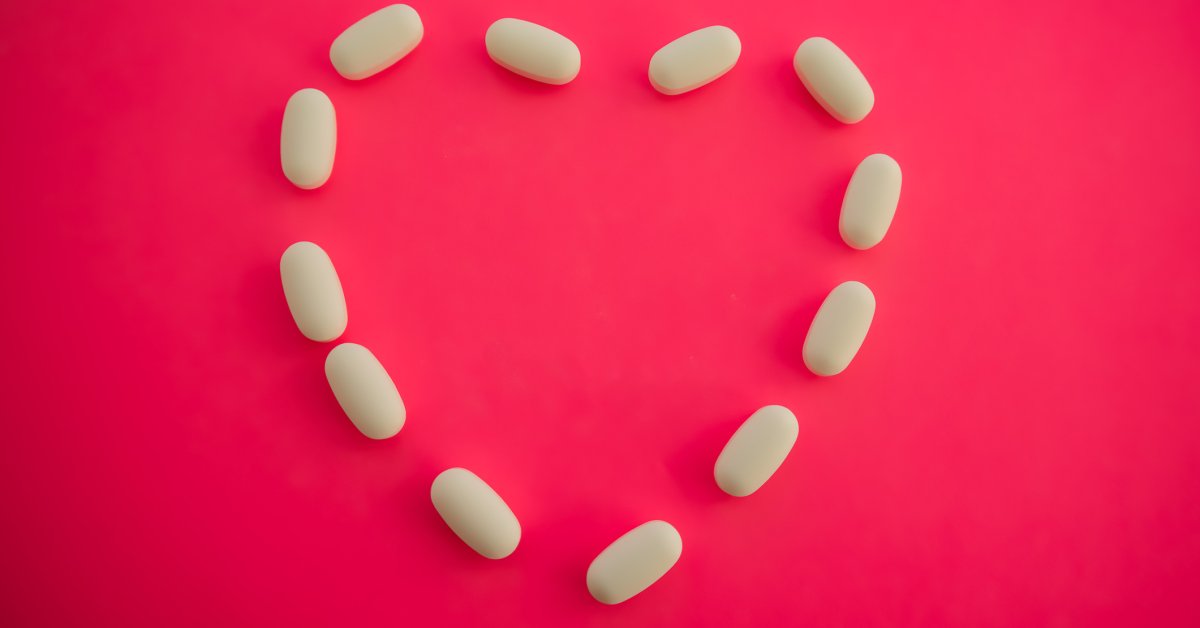 High cholesterol is a good example of having too much of a good thing. Our body naturally produces this substance in the liver and then transports it throughout the body for multiple functions, including hormone regulation, cell tissue regeneration, and vitamin absorption. When the system is working properly, cholesterol can improve overall health. But when a certain type called low-density lipoprotein — LDL, sometimes referred to as the “bad” kind — is produced in excess, it not only blocks the “good” kind called high-density lipoprotein (HDL), but can also begin to accumulate in the arteries and form thick, hard deposits. This narrows the space for blood flow and increases the risk of blood clots, which can lead to a heart attack or stroke. The U.S. Centers for Disease Control and Prevention (CDC) notes that approximately 93 million U.S. adults have high cholesterol, representing about 36% of the U.S. adult population.

High cholesterol rarely shows symptoms in the early stages, which is why knowing your cholesterol levels and lowering LDL if it gets too high is crucial for heart health. For many people, a type of medication known as statins may be a recommended step for cardiovascular risk prevention. First approved by the U.S. Food and Drug Administration in 1985, these drugs work by blocking a substance your body uses to make cholesterol, which can lower levels of LDL cholesterol and also help clear the plaques on arteries. stabilize them so they don’t break. and become problematic.

According to the CDC, statin use has increased over the past decade, with nearly 39 million Americans taking a statin daily. Use increases over age 40, as heart risks tend to escalate as we age. However, a statin prescription is not a guarantee for everyone.

Here are answers to five key questions about this common drug, along with advice on when to talk to your doctor.

How do statins work?

Much like lowering production in a factory, statins work by reducing the amount of cholesterol produced by the liver. They also help the liver remove cholesterol already in the blood, reducing the chances of you getting deposits in the arteries.

This differs from other types of cholesterol-lowering drugs because instead of trying to eliminate excess cholesterol once it’s manufactured, statins target the source of that production.

For example, injectable drugs called PCSK9 inhibitors lower cholesterol by blocking the LDL receptors in the body, which results in the amount of cholesterol circulating in the bloodstream. There is also niacin, also called nicotinic acid, which works by increasing HDL cholesterol levels – an action that thereby lowers LDL cholesterol.

See also  Tire Nichols: A Timeline of the Investigation of His Death

Has thinking about who should receive statins changed in recent years?

As more statins have become available — there are now seven options — and use of these drugs has increased, so has scientists’ understanding of cholesterol and heart disease, says Dr. Adriana Quinones-Camacho, a cardiologist at NYU Langone in New York. York.

“The more we learn about heart disease and cholesterol, the more nuanced the recommendations have become,” she notes. “In the past, the level of total cholesterol, and especially LDL, may have been the biggest consideration for statin use, but that’s not the case anymore.”

For example, age is an incredibly important variable. Research published in the journal Clinical Epidemiology in 2016 suggests that the number of statin prescriptions increased the most for people aged 50 to 59, while it is slightly slower for those aged 60 to 74.

Research over the past decade has also clarified the strong association between diabetes and heart disease, especially if someone also has high cholesterol. If you have diabetes, you are already twice as likely to have heart disease or stroke — and at a younger age — than someone without the condition. Additional factors like cholesterol and high blood pressure can make it much more likely that your doctor would suggest a statin, says Quinones-Camacho.

“Now that we have more data and evidence on how cholesterol affects the body, as well as research on these other variables, it gives us more information that we can use to tailor our recommendations around statins for each patient,” she added. .

Would someone with high cholesterol automatically qualify for statins?

In August 2022, the US Preventive Services Task Force recommended that people ages 40 to 75 who are at high risk of cardiovascular disease should see a doctor about taking a statin to prevent a first heart attack or stroke.

While high LDL and low HDL levels are two of the most important considerations when it comes to statin recommendations, they’re not the only ones, says Dr. Kevin Ferentz, chairman of the division of family medicine and chief physician at GBMC Health Partners Primary Care in Maryland.

“High cholesterol is only one factor in the development of heart disease,” he says. “Others, such as smoking, high blood pressure and diabetes, also play a role.” A doctor will consider your age, general physical condition, family history of heart problems and the presence of other chronic illnesses, adds Dr. Jennifer Wong, a cardiologist and medical director of noninvasive cardiology at MemorialCare Heart and Vascular Institute of Orange Coast Medical Center in California.

Combining all of these factors is not done by intuition – there is a standardized risk calculator used by health professionals that looks at nine different factors and calculates the 10-year chance of developing heart disease. In some cases, Wong says, this score may prompt people to make significant lifestyle changes that could lower their risk without the use of medication.

Most notably, quitting smoking is a huge benefit to cardiovascular health, allowing LDL cholesterol to drop on its own. When combined with a healthy diet and regular exercise, a patient may get cholesterol levels into a better range within a few months, while also improving their blood pressure and diabetes symptoms if either is present.

However, the variables that can’t be changed, such as genetics and age, may be more prominent and increase risk to the point where statins are advisable, Wong says. And one factor that almost always drives statin recommendations? Have had a previous heart event.

“If someone has had a heart attack or stroke, they are very likely to be eligible for statins, regardless of their cholesterol levels,” she says. “If they also have hypertension or diabetes in addition to a heart attack, they will almost certainly be advised to take statins.”

What are the most common side effects?

Since statins have been in increasing use for nearly 40 years, there’s plenty of data on side effects and the balance between reward and risk, says Ferentz. In general, statins are well tolerated and most people who take them have no side effects, especially if they are well controlled.

Some people who start on statins experience elevated blood sugar. For most people, this isn’t a problem, says Wong, but if you’re prediabetic and that slight elevation increases your risk of developing type 2 diabetes, a change in treatment may be necessary. However, she adds, the conversation with your healthcare provider will be about whether the benefit of taking a statin outweighs the risk.

Beyond that, doctors usually check liver function before people start a statin, and again on an annual basis. “Statins sometimes give rise to liver function problems,” says Ferentz. In certain cases, such as if a patient experiences liver damage, statins may be discontinued completely and replaced with other medications.

The main side effect of statins is myopathy, a neuromuscular disorder that causes muscle pain. Statin-associated muscle symptoms can include mild to moderate pain, fatigue, weakness, and nighttime cramps and can be confirmed through a blood test.

Research suggests that up to 25% of people taking statins have some sort of muscle problem. In rare cases, this can progress to more serious conditions such as rhabdomyolysis, where damaged muscle tissue releases compounds such as proteins and electrolytes into the blood, potentially affecting the kidneys and heart.

However, that only happens if muscle soreness goes untreated, says Wong. Most people who experience higher levels of discomfort and side effects can be switched to another statin or even a non-statin cholesterol-lowering option that can resolve muscle issues.

“Every drug has side effects, and statins are no exception,” Wong adds. Although muscle aches are the most common complaint, she also hears about sleeping problems, digestive problems and dizziness. “In all of these cases, we’re lucky to have different types of statins available,” she says. “So it’s easy to switch to one that might work better. Sometimes lowering the dose can already have a major effect.”

When to talk to your doctor

Even if you’re generally healthy — you have no other chronic conditions, you eat a healthy diet, you don’t smoke, and you exercise regularly — you can still have high cholesterol. Keep in mind that it rarely shows any symptoms. Getting your cholesterol checked after age 40 is crucial, but Quinones-Camacho suggests knowing your numbers decades before that, too.

Most likely, younger people won’t get statins, but having a baseline for your cholesterol levels to monitor can help lower risks to heart health in general.

Regardless of your age, talk to your doctor if you have a family history of heart disease. You’ll also want to keep track of your cholesterol levels if you smoke now or have a history of smoking, or if you have high blood pressure, diabetes, sub-ideal diets, or sedentary behaviors.

“Ultimately, like anything in medicine, using statins comes down to what’s best for an individual,” says Quinones-Camacho. “Two people of the same age with the exact same cholesterol levels can be treated very differently in terms of cholesterol reduction plans.” As with everything else in medicine, prevention is preferable to treatment. “So the sooner you talk to your doctor, the better.”

The post What You Should Know If Your Doctor Has Put You On Statins To Lower Cholesterol appeared first on TIME.