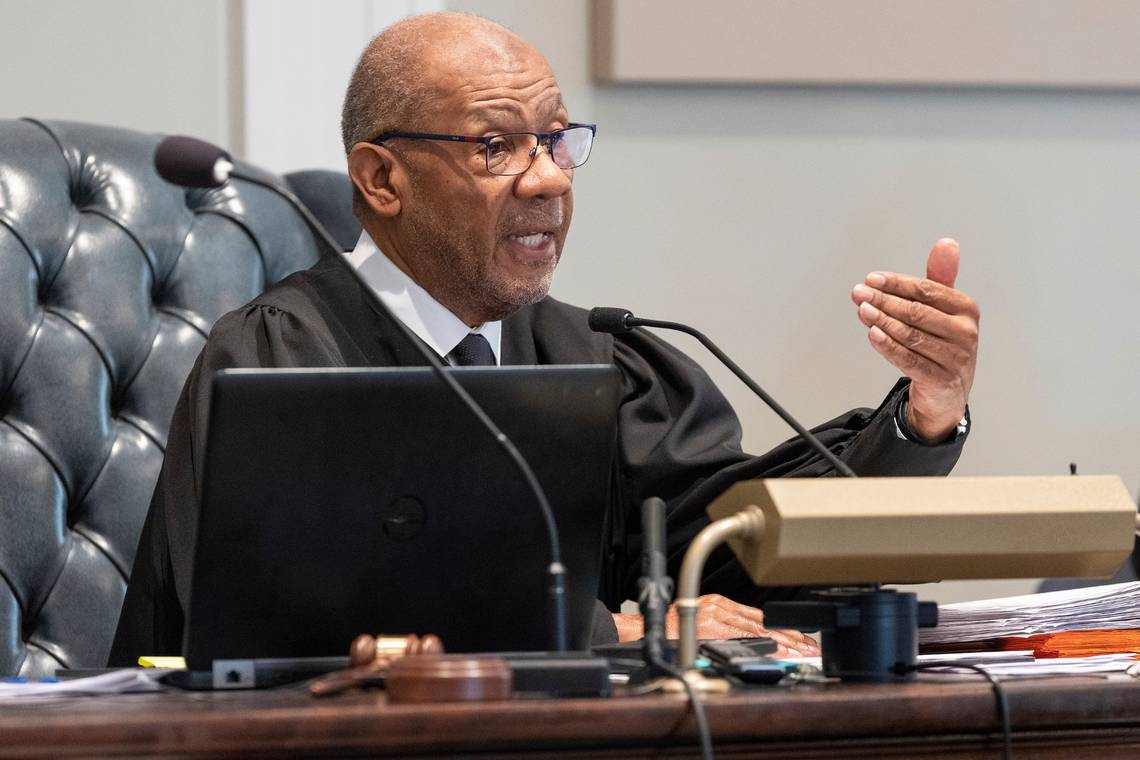 The judge overseeing the murder trial of Alex Murdaugh has been in court for more than two decades and has presided over a number of high-profile trials, including that of a man posing as an Uber driver who killed a University of South Carolina student and that of a white North Charleston police officer who shot a black man in the back as he ran away.

Judge Clifton Newman, gentle but firm in his courtroom oversight, was first appointed by SC Chief Justice Donald Beatty to handle the plethora of financial crime allegations against Murdaugh. When the murder charge was filed, he took on that case as well.

A resident of Columbia, Newman, may preside as general judge of the South Carolina Circuit Courts in any jurisdiction. He was elected a judge by the General Assembly in May 2000 and was re-elected in 2021 for a term that expires in 2027.

Newman grew up in Greeleyville, where he attended segregated schools. He has told numerous interviewers that his interest in law began when he played a lawyer while a student at Williamsburg County Training School on Brown v. Board of Education, the 1954 case that found desegregation in schools unconstitutional.

He started a private practice in Cleveland and returned to South Carolina in 1982 to avoid bussing his children around the city as the schools integrated, the Charleston Post and Courier reported.

Newman started a private law practice in Columbia and Manning. He also served as an assistant attorney for Williamsburg County.

He says in his state court biography his most cherished achievement as patriarch of the Miles Newman family succeeding his uncles, the late Senator I. DeQuincey Newman and Bishop Ernest Newman. Noted civil rights leader DeQuincy Newman was the first black senator elected in South Carolina since Reconstruction.

In 2016, Newman presided over the case of Michael Slager accused of shooting Walter Scott. The case, centered on cell phone video of the shooting taken by a bystander, was so racially charged that Newman required protection from the state law enforcement division. The trial ended in a hung jury, but Slater was later convicted in federal court.

In 2019, he presided over the case of Nathaniel David Rowland, 27, who was convicted of the murder of Samantha Josephson, 21.

Josephson was picked up in the Five Points district by Rowland, whom Josephson thought was an Uber driver. Testimony showed he stabbed her about 120 times in the vehicle and dumped her body near his childhood home, authorities said.

In that trial, Newman blames Rowland’s mother after her son was found guilty because he claimed to be innocent.

“I’m not going to hear any claims about what he did or didn’t do,” Newman said. “He is guilty of murder. He is guilty of kidnapping. He pleaded guilty to possession of a weapon while committing a violent crime. And if you had a testimony you wanted to give to the jury for consideration, then the trial was the right time to do that. I will not listen to any allegations about what he did not do. You are not a witness.”