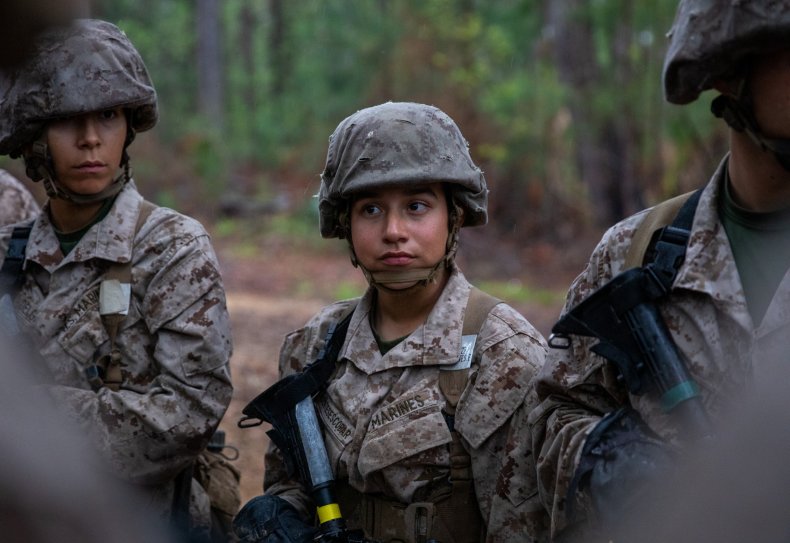 Women in the US military may soon have a better option than a sports bra under their uniform.

An “Army Tactical Brasserie”, designed to give female soldiers greater protection and performance, is currently being tested at the Army’s Combat Capabilities Development Command Soldier Center (DEVCOM). A prototype team expects to present an initial evaluation of the product to the Army Uniform Board this fall Army times.

According to the US Army’s Tank-automotive and Armaments Command (TACOM), which supplies uniforms to soldiers, women make up 15 percent of today’s armed forces on active duty. The tactical bra is part of a wider drive to redesign both uniforms and equipment for different body types, moving beyond the idea of ​​a “gender-neutral” soldier to address issues caused by “gender-specific requirements,” TACOM said. in June.

A “tactical rather than sportswear item,” the bra will be made to integrate well with gear and body armor, according to Army AL&T Magazine. Designers are looking at options including flame retardant fabrics and protective materials, in addition to prioritizing accurate sizing, comfort and breathability.

“The overall goal is to produce clothing that not only protects the wearer, but also reduces the cognitive load on the female Soldier caused by discomfort and poor fit,” said Ashley Cushon, clothing designer and bra project leader at DEVCOM. Soldier Center.

Cushon added, “Achieving this will improve the soldier’s overall readiness and performance levels, allowing them to focus on their mission.”

The bra was developed based on input from female soldiers at Fort Riley, Kansas, Fort Benning, Georgia and Joint Base Lewis-McChord, Washington. Researchers collected data from more than 200 soldiers between December 2021 and March 2022.

Meanwhile, army researchers have also been working on uniform options for soldiers who are pregnant or breastfeeding. The Soldier Protection Directorate at the Soldier Center recently worked with the Marine Corps and Air Force to develop maternity uniforms with the goal of providing functional military clothing to combatants during their pregnancy.

The creation of the tactical bra comes after years of public outcry against the mistreatment of women in the military.

The military has struggled to control the difficulty of providing a safe environment for female soldiers. In 2020, 14 leaders within Fort Hood’s chain of command were relieved or suspended as a result of an independent commission’s assessment.

The purpose of the commission was to “determine whether they reflect the military’s commitment to security, respect, inclusiveness, diversity and freedom from sexual harassment,” according to a Fort Hood press release.

The commission was called in after the murder of Vanessa Guillen, a female soldier who went missing and was eventually found dismembered and burned. The male soldier suspected of killing her committed suicide before authorities could arrest him. His girlfriend, Cecily Aguilar, who assisted in the mutilation, is behind bars.

Aguilar, who was indicted on 11 counts by a grand jury last July, was in a relationship with the accused, despite being married to another soldier.

Pass Col de Zanfleuron is free of ice for the first...