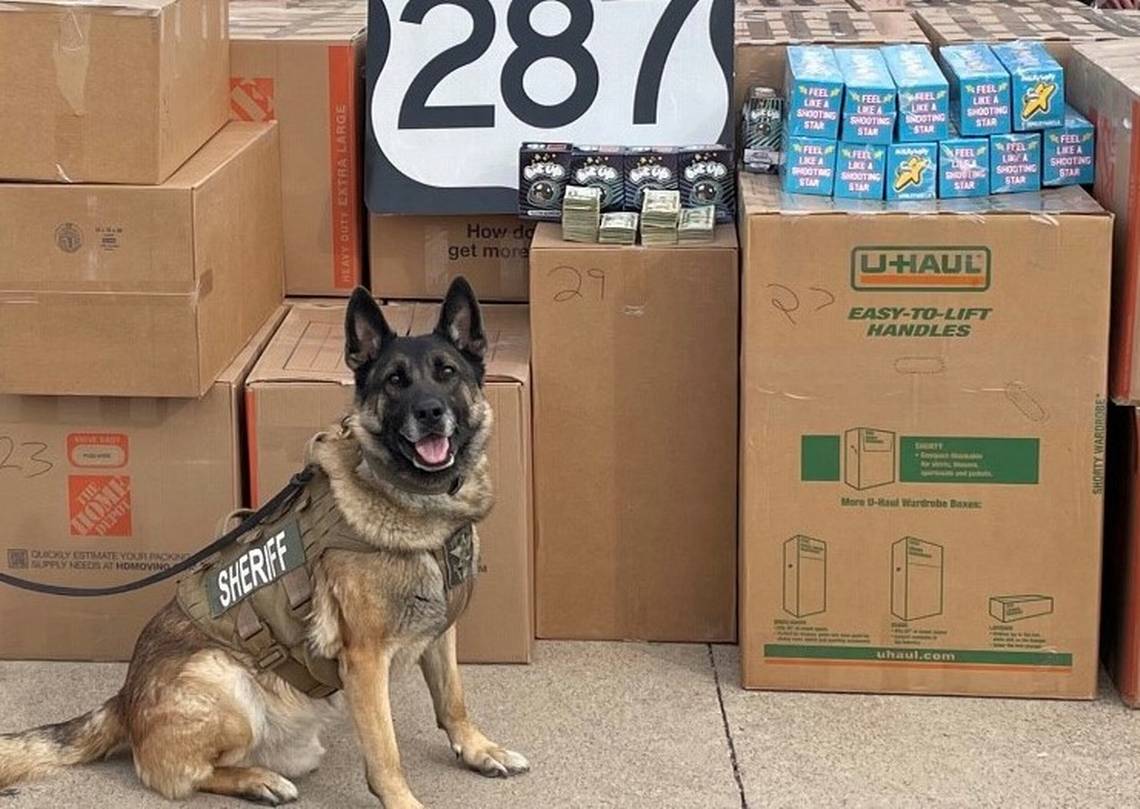 The Wise County Sheriff’s Office recently seized more than 1,000 pounds of marijuana and other drugs worth an estimated $1.7 million during a traffic stop, according to Sheriff Lane Akin.

On Friday, a deputy saw a Toyota Tacoma pull a U-Haul trailer that swerved between lanes and onto the berm, Akin wrote in a Facebook post.

“The deputy sheriff stopped the truck and met the driver, who was extremely nervous,” Akin wrote. “He claimed he was on his way to a funeral in Southeast Texas and went on to say that the passenger was his grandmother.”

The woman told the deputy that she and the man were traveling to Tennessee, according to Akin. She said the trailer was full of furniture.

The sheriff’s office brought in a drug-sniffing dog named Benni, who “warned about the flying odors,” Akin wrote.

Officers opened the trailer and found 31 moving boxes sealed with packing tape. According to the sheriff’s office, no furniture was found. The boxes contained 840 pounds of vacuum-sealed marijuana, 242 pounds of edible candy bars infused with psilocybin mushrooms (hallucinogens), and 1,100 THC vape cartridges, Akin said. The estimated value of the illegal cargo was estimated at $1.7 million, he said.

The driver and passenger were arrested and charged with possession of controlled substances. Their bond was set at $70,000.

Miami-Dade prosecutors battle to jail homeless man with schizophrenia for 150...