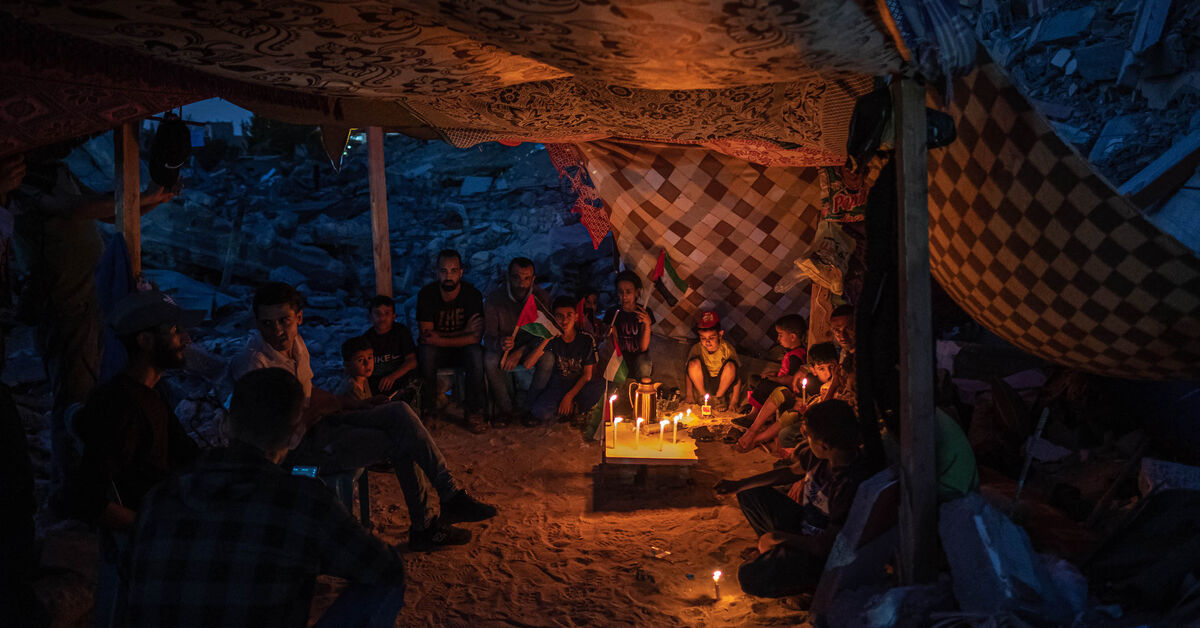 A Palestinian photojournalist from the Gaza Strip recently won two European awards for her photos that depict life under siege and conflict in the coastal enclave.

“In the Gaza Strip, five women are currently working in the field of photojournalism. They have enormous abilities that allow them to outperform many women both in Europe and around the world, ”Fatima al-Zahra Shbair, 24, told Al-Monitor.

On September 29, Shbair received the German Anja Niedringhaus Courage in Photojournalism Award from the International Women’s Media Foundation, becoming the youngest journalist to win the award since its inception in 2015.

The prize rewards women photographers who put themselves in danger to transmit the news through photographs.

At the end of August, Shbair won the French Rémi Ochlik Prize, which recognizes young photographers from around the world, for the best conflict photography of the year.

The two European awards were not Shbair’s first. She won the National Geographic Abu Dhabi Award in 2017 as well as other local Palestinian accolades.

Speaking about the Anja Niedringhaus award, Shbair told Al-Monitor, “I was nominated for this award by Getty Photo Editors, who I’ve worked with since 2019. I won the award for 13 photos titled ‘11 days of the Israeli-Palestinian conflict. ‘ The footage documents the killings and destruction caused by Israel’s last war on the Gaza Strip in May. “

Shbair sought to show the repercussions of the recent war by taking pictures of children holding candles as planes hummed above their heads. She also took photos of a girl saying goodbye to her father in a mortuary and others of families displaced by the destruction of their homes.

She received the Rémi Ochlik Prize for another collection of 37 photos documenting the recent war in the Gaza Strip.

“The photo collection was nominated for the Rémi Ochlik Prize by Getty Photo Editors. It included all the scenes of destruction and displacement during the last Israeli war and followed in detail the Palestinian tragedies following the bomb massacres committed by the Israeli occupation, ”said Shbair.

“Winning the French and German awards is a success for Palestinian women among journalists around the world,” she said.

Shbair ventured into photojournalism in 2013 when she was still a high school student and didn’t even have a camera. She’s worked hard and read about the world’s most famous photographers, how to frame photos, and other photography skills.

She said she had encountered many difficulties. “One of the main challenges I faced was criticism of the company, which minimizes my efforts and my work,” she explained. “I traveled long distances to reach remote and border areas to closely document the lives and sufferings of the people.”

Shbair said she was able to overcome these difficulties thanks to the support and encouragement of her mother.

In 2017, she was majoring in business management and still did not have a camera, but her mother gave her her first camera. “I was over the moon. It was my mother who supported and encouraged me the most to venture into the world of photography. I immediately took my camera to the field and took pictures of the refugees. in al-Shati refugee camp in western Gaza to convey their suffering to the world through social media, ”Shbair said.

“The National Geographic Abu Dhabi Award was in honor of a series of photos depicting a henna night, which I documented with my camera to shed light on the most important customs and traditions observed the night before the wedding day, ”she explained.

The award launched her career as a photojournalist in 2019, when she started working as a collaborator for Getty. His photos are published by the New York Times and the Middle East Eye Network, among others.