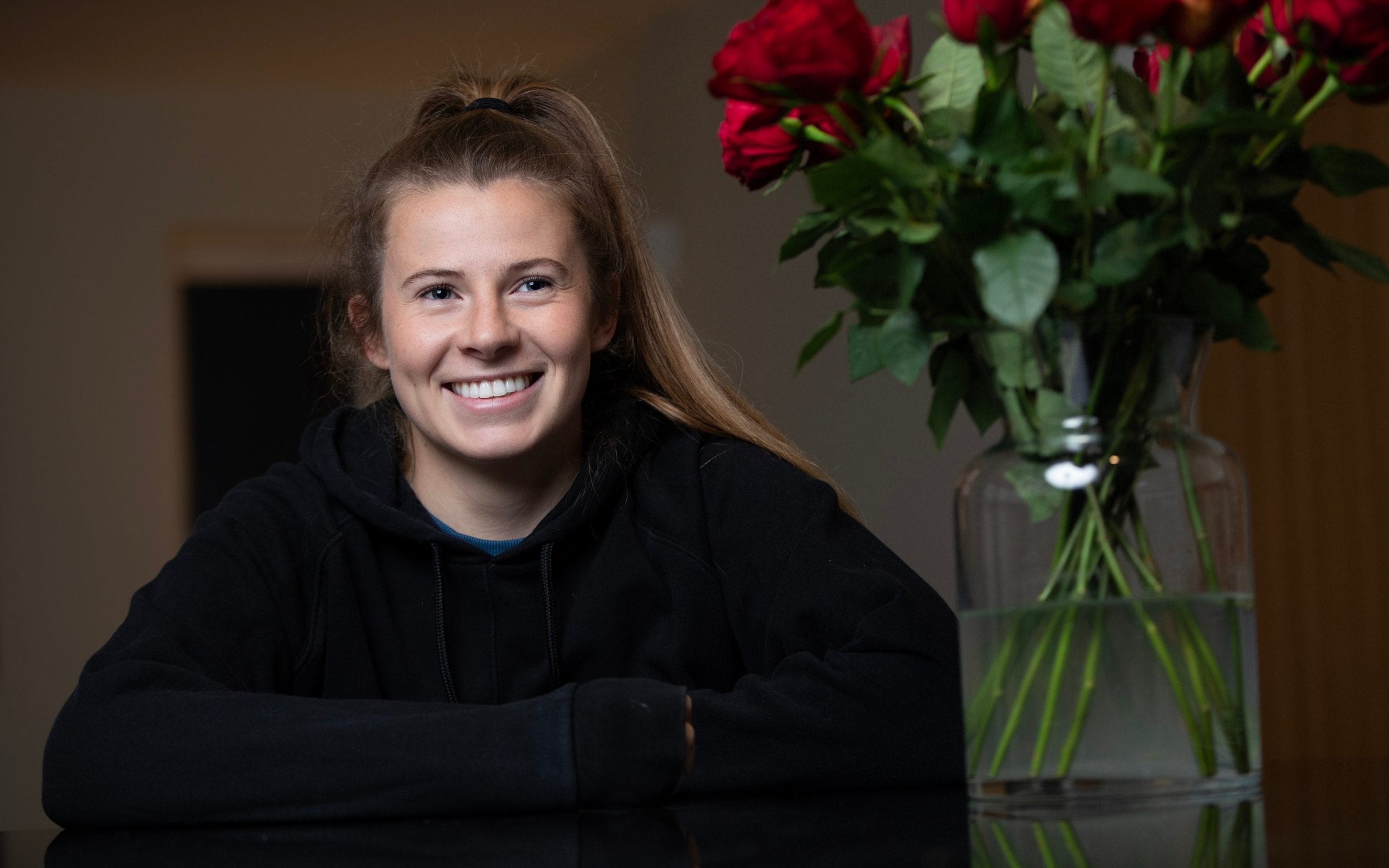 How close they came this time hurts all the more, but doesn’t define them, she adds, with a hint of defiance in her tone. After all that has happened, does she still believe that England are the best team in the world?

“Um,” says Harrison, pausing for a few weighted seconds, then nodding her head. “I would say yes. That’s what I think. Until someone breaks that win streak record, you wouldn’t be the best. Until you can hold something that long. It was just a shame it didn’t work for us on the day.

“Hats off to New Zealand, they also played great and did well coming back from where they were, but I think we’ve worked so hard over the last few years and it shows.

“The girls have put in so much effort over the years to be what we have become. I don’t think anyone can blame us for that. We worked very hard to be the best. Hopefully we can keep winning and eventually win the next World Cup.”

The 2025 home tournament is their next chance. In the meantime, the difference they’re making off the field by attracting new fans has provided some comfort. From the local pub owner near Harrison’s house, who silently placed a huge piece of “comfort cake” on a plate for her when she visited recently, to the young sister of a close friend who first take up a sport – rugby time, inspired by the Red Roses. Not to mention the 1.7 million who tuned into ITV at 6.30am for the final.

“We lost the World Cup and thought nothing would come of this and then we came home and the number of people [that care], it’s really a good feeling. For me, the most important thing I’m going to do is to win the World Cup as a personal goal, but beyond that is to grow the women’s game: make sure girls have access to a club close to them, access to it in school, all that.”

Looking ahead to 2025, she wants two things to be a priority in world rugby: stadiums sold out for every match – even those without England – and the professionalisation of national teams outside the leading nations. “It showed in Canada’s game [the semi-final against England] how much struggle and determination they have but they are not fully professional. Imagine what they could do if they were full time? That would push the level up earlier in the tournament.”

In the meantime, Harrison has work to do with her club, Saracens, to ease the pain of the past few weeks. She also wants England to sell out Twickenham, starting with the Six Nations next spring when the Red Roses take on France on April 29.

“If we can fill Twickenham, like the girls’ football filled Wembley, then it’s so good for women’s sport,” she says. “Here it has to go. It’s going to be a snappy old game that. I hope it’s a sellout. I think this will prove to us how much support we have and what we’ve done. Imagine 80,000 people, from our own fans , that would be incredible.”

England’s last pain may have a silver lining

After her side’s ego-bruising, bone-crushing defeat to New Zealand in the World Cup final, England captain Sarah Hunter, her eyes glistening with tears as she sank into her media chair and faced reporters, spoke indirectly to the rugby powerhouses that there are.

“You can’t expect countries not to invest in their women’s teams when you have a showcase of women’s rugby in a final like this in front of such an audience,” she said, her voice full of emotion. “It’s come to the party, hasn’t it? People have finally gotten to what women’s rugby is all about.”

Hunter’s Red Roses had just fallen short of a riveting match in packed Eden Park, watched by a record crowd of 42,579 on a psychedelic night that changed the perception of women’s rugby forever.

It was a night that showcased the power of the sport, a blockbuster encounter between two titans of the game. It ended with England’s 30-game winning streak being torn apart by a Black Ferns side whose fairytale World Cup victory – their sixth in total – was written in the stars.

It was the night women’s rugby… became just rugby.

As Hunter and her colleagues wallowed in their devastation at losing a second consecutive World Cup final to their biggest nemesis, on the other side of the world, a 10-year-old girl named Frankie Harvey felt compelled to write a heartfelt letter. write to the team. .

“Please don’t forget all the good you have done for the sport we all love,” she wrote, urging players to remember the tangible impact they would have on women’s and girls’ rugby in England.

She made some not-so-bizarre predictions, citing that their efforts would inspire young girls to pick up a rugby ball, one day inspire rugby mums to dust off their boots and inspire base clubs to start their own women’s team .

That her eloquently written letter went viral was an indication of how women’s rugby had burst into the public consciousness. The key question is whether the success of the World Cup can throw it into a space it has traditionally been kept out of: professionalism.

‘Women’s rugby has closed the gap in women’s football’

Sally Horrox, World Rugby’s director of women’s rugby, is convinced that the success of the tournament has closed the gap with women’s football, which is light years ahead in terms of professionalism.

“I would have said 10-15 years, looking at the hockey stick of growth, versus other women’s sports,” said Horrox, when asked how far behind women’s rugby was its football counterpart. “Having seen the progress, appetite and acceptance in New Zealand and the quality of rugby, I think eight to 10 years.”

The launch of WXV, a new global tournament that will offer countries more competitive games, in September next year will maintain some of the momentum generated by the World Cup. Meanwhile, the unions hope to heed Hunter’s call.

Her employer, the Rugby Football Union, has long led the way in funding professional contracts for her women’s team. Bill Sweeney, the CEO of the RFU, promised that the result would not define the Red Roses, but would create a ripple effect in the women’s game. “All the other unions here have seen the effect of a successful women’s game,” he said. “I think you’ll see other unions start investing.”

That sentiment was echoed by Red Roses head coach Simon Middleton, who was once again a lost figure five years after his side’s defeat to New Zealand in Belfast.

The 2017 edition, where teams were housed in university housing and the idea of ​​professionalism remained a foreign concept, enjoyed a fraction of the hype and profile compared to this year’s showpiece.

His side may not be leaving the legacy they would have liked, but can be immensely proud of knowing they played their part in a tournament that has irreversibly changed the landscape of women’s rugby.